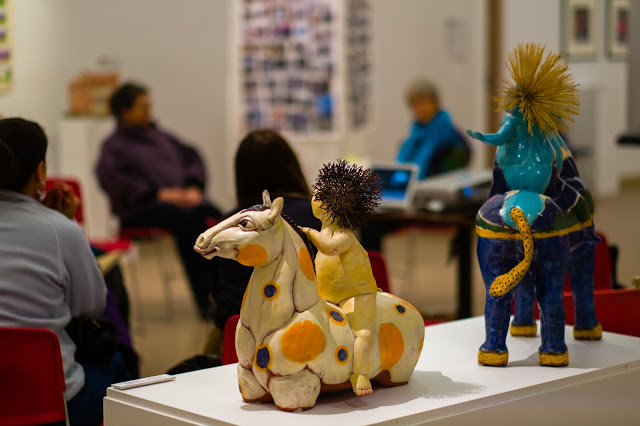 BestB4 Collective Salon featured a conversation between Daphne Harwood and Debra Sloan on Sunday, 06 December in the On-Tak Cheung Gallery at the Chinese Cultural Centre of Greater Vancouver. 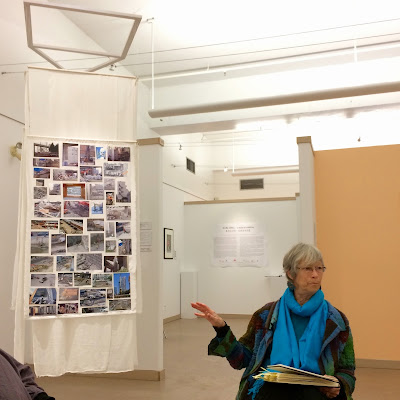 Daphne Harwood was one of the originators of the Imagination Market, a non-profit organization that promoted the reuse and repurposing of usable industrial discards. Now the building site where the Imagination Market was has been transformed by Vancouver City Council's approval of a 52-storey tower. Harwood spoke about how she has been documenting this transition in photography, journaling, quilt-making and assemblage. 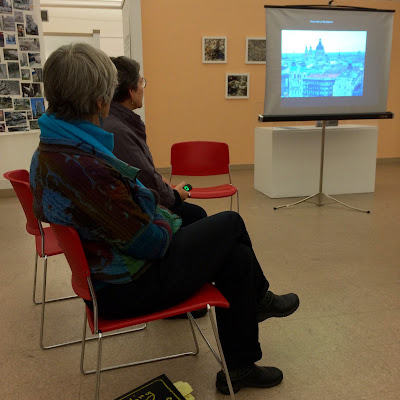 Debra Sloan is a Vancouver-based ceramic sculptor and the 2015 recipient of the Mayor's Design and Craft Award. Her slip cast dogs, horses and baby figures challenge and surprise viewer assumptions and attitudes. Sloan's work has been exhibited locally, across Canada and internationally, and most recently awarded the Vancouver Mayor's Art Award and biannual Hilde Gerson Award by the Craft Council of BC. She spoke about her recent ceramic residency at C.R.E.T.A. in Rome.

Both artists discussed the influence that the environment had on their artist practice and bodies of work. Debra Sloan works in ceramic residencies that offer the opportunity to research both techniques and ceramics history. Daphne Harwood works from a documentary perspective, using journaling and photography as a starting point; her current work continues as Vancouver house progresses from the demolition of the original Imagination Market site to construction and eventually occupancy. 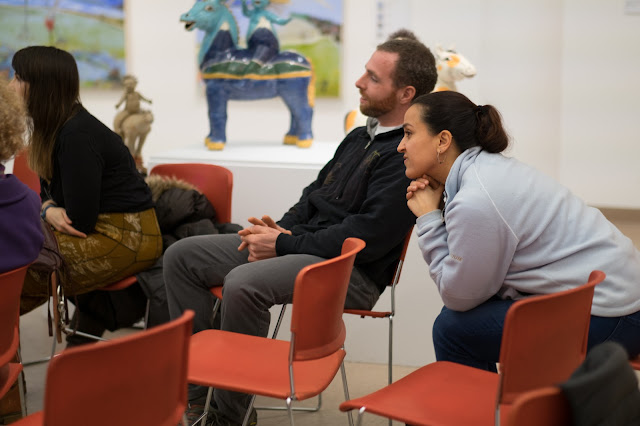 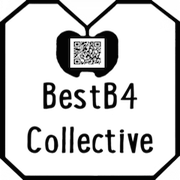